“Coal Miner’s Daughter” tells the story of her life growing up “in a cabin on a hill in Butcher Holler”, while her father, Melvin “Ted” Webb, worked all night in the Van Lear coal mine. The song depicts the real story of Lynn’s life growing up in rural Kentucky, and discusses how she and her seven siblings lived off of a coal miner’s salary (“Daddy loved and raised eight kids on a miner’s pay“), and that her father always made sure there was love in the Webb household.

Subsequent verses recall Lynn’s other childhood experiences and hardships, such as her mother reading the Bible by a coal-oil light or having bloody fingers from constantly doing the laundry using an abrasive “warsh”board (this pronunciation was reflective of her Appalachian Kentucky roots),[1] ordering shoes from a mail-order catalog, and working so hard every day that everyone slept because “they were tired.”

In the song’s final verse, the now-adult Lynn returns to her homestead, which has since been abandoned (“Not much left but the floor; nothing lives here anymore …“). However, she remarks that the “memories of a coal miner’s daughter” remain.

“Coal Miner’s Daughter” was unlike anything Lynn had ever recorded previously. She had become known for her sassy back-talking songs, including “Don’t Come Home A’ Drinkin’ (With Lovin’ on Your Mind)” (an angry-wife’s warning to a hard-drinking husband not to come home drunk and intent on making love) and “Fist City” (wherein a married woman threatens her husband’s would-be temptress). However, fans quickly reacted to the song with praise and turned the song into one of country music’s iconic hits.

“Coal Miner’s Daughter” helped provide a better understanding of Lynn, and led to the widespread fascination with her life story.

In 2010 the Library of Congress put “Coal Miner’s Daughter” on the National Recording Registry.

Well, I was borned a coal miner’s daughter
In a cabin, on a hill in Butcher Holler
We were poor but we had love
That’s the one thing that daddy made sure of
He shoveled coal to make a poor man’s dollar

Daddy loved and raised eight kids on a miner’s pay
Mommy scrubbed our clothes on a washboard ever’ day
Why I’ve seen her fingers bleed
To complain, there was no need
She’d smile in mommy’s understanding way

Yeah, I’m proud to be a coal miner’s daughter
I remember well, the well where I drew water
The work we done was hard
At night we’d sleep ’cause we were tired
I never thought of ever leaving Butcher Holler

Well a lot of things have changed since a way back then
And it’s so good to be back home again
Not much left but the floor, nothing lives here anymore
Except the memory of a coal miner’s daughter 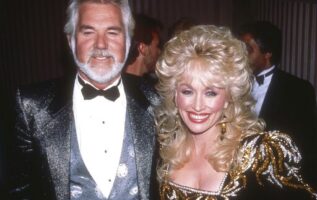 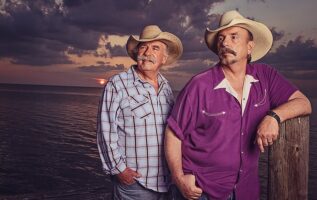