Back in August, we shared the first goosebump-inducing trailer for The Nine Lives of Ozzy Osbourne, the new documentary about famed heavy metal vocalist Ozzy Osbourne. Now, the entire documentary is available, and can be watched below.

As you’ll see in the footage from the documentary, The Nine Lives of Ozzy Osbourne does a solid job of portraying both the insane highs and stygian lows of the singer’s life. There’s a certain sense of fatalism here, like one is watching footage of the Titanic during its launch — we all know what’s going to happen, and that it’s going to be elaborate and tragic, but we’re also hoping that somehow, magically, it all works out this time. In that respect, the film does a good job of retelling a classic story of heavy metal redemption in a way that’ll be fresh for new fans.

Check out the documentary below: 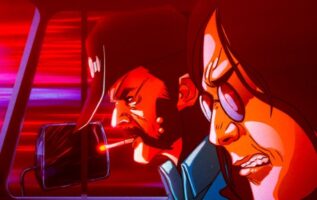