If there really is a hell I bet this is what they play in the waiting room.

This spot on the list was arguably the hardest one to settle on an album for. There’s just so many excellent thrash releases that could’ve ended up here. It could’ve been Voivod’s Killing Technology, Sodom’s Code Red, or Vektor’s Outer Isolation. Despite how many candidates there were for that position, all of which I consider great for a variety of reasons, I ended up settling with Slayer’s fourth outing, South of Heaven, for reasons I’ll explain below.

It is known that in the 80s Slayer was a force to be reckoned with in the thrash scene. At the time they were hot off the heels of Reign In Blood, which pushed the boundaries of extremity for thrash (there were actually more extreme bands but that’s besides the point) and was one of the releases that caused them to skyrocket in popularity, thanks to fan favourites like “Angel of Death” and “Raining Blood”. South of Heaven though went on the exact opposite direction. Instead of going even faster they instead slowed down, and created what is arguably their most mature and well-developed album.

Slayer’s always been known to make a statement with their openings, and this album is no different. The title track sounds brooding and menacing, with its iconic opening, a stark contrast to the high-octane riffing of “Angel of Death”. It immediately sets the tone for the album and shows off the band’s songwriting capabilities, all while still maintaining their distinct sound. Some of their absolute best material is on this album and it doesn’t get talked about enough. The slower, more brooding tracks here manage to conjure an atmosphere that was sorely missing from their previous outing, without losing the energy Slayer is known for. It’s still present, though in a more controlled and calculated manner, and it works like a charm. From the tension building of “Live Undead”, to the almost-doom closer, “Spill the Blood”, the slow tracks manage to make the biggest impression here.

Now, while I am extremely fond of the slower moments on the record, it’s by no means an indication that the guys had forgotten how to kick it into high gear. Tracks like “Silent Scream” and “Cleanse the Soul” bring back the speed and aggression we all know and love, all while maintaining the ominous atmosphere of the slower moments on here. Said faster songs also manage to address one of my gripes with Reign in Blood, that being the fact that parts of the record blew by me without leaving much of an impression. Here these fast songs are actually developed and manage to make a statement in the grander context of the album. Even the solos sound good on this album, and let’s be honest, most Slayer solos (or Kerry King’s at least) are just really fast noise. But here the leads maintain their trademark sound while at the same time being memorable and better structured.

The lyrics are also a departure from the band’s earlier output. As we all know by now, Slayer is known for writing about Satan, hell and murder most of the time, but here we see them transition into more sociopolitical themes. Here we get musings about decadence, war, abortion and manipulation, delivered yet again by Tom Araya. Here, in addition to his usual yells and screams, he also attempts singing, which while not great on a technical level, manages to add to the album’s ominous atmosphere with how off it sounds.

As much as I love the album I’ve precisely one nitpick to make, and that is on the mixing. While every other instrument can be heard clearly and with a very sharp sound (especially Lombardo’s drums), Tom’s bass playing is nigh on inaudible through most of the album, with a handful of exceptions. He’s never been an extraordinary or adventurous bass player, but I consider the instrument to be a very important piece in any metal band’s sound, and the production post-Hell Awaits has always left something to be desired. That being said it does sound good whenever it’s audible, as do the rest of the instruments. It’s just a shame that it doesn’t have a more notable presence. Thankfully it’s something one can easily look past due to the quality of the compositions on display, which more than make up for the lack of bass.

South of Heaven is an album that shows a band maturing in a changing metal landscape, all while keeping their identity. It shows that you can grow and change without losing what made you who you are. It’s arguably the best thing to come out of the “slowthrash” movement of the late 80s before the genre’s death in the 90s and is arguably one of the best “transitional” albums around, bridging 2 different aspects of Slayer’s sound. It’s one of the band’s last “classic” releases, before Seasons in the Abyss marked the end of an era, and it undoubtedly deserves more attention than what it ends up getting. Seriously guys, there are more tracks here than the title track and “Mandatory Suicide”, and all of them are good, trust me. 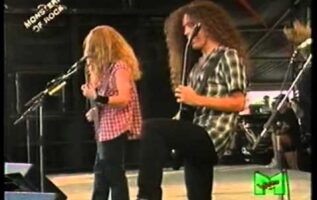 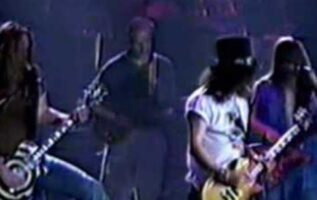