Following a week of beefing with Slipknot , Machine Gun Kelly was greeted with a chorus of boos throughout the singer-rapper’s Saturday set at the metal-leaning Louder Than Life Festival.

Last weekend, Machine Gun Kelly launched into a tirade at Chicago’s Riot Fest against Slipknot — who were playing at the same time on a neighboring stage — calling the group “old weird dudes with masks.” It was later revealed that there was some residual animosity over a nixed collaboration between MGK and Slipknot’s Corey Taylor.

MGK — an artist who, as Taylor hinted, “failed in one genre and decided to go rock” — brought his new punk sound to the metal-purist Louisville, Kentucky festival Saturday, and the reception was not welcoming: According to reports and video from the gig, after every song that Kelly performed, a serenade of boos and middle fingers rose up from the crowd.

At one point, Kelly got into verbally with a festival-goer, even threatening him with a Star Wars light saber that was onstage for some reason:

“I see you dude, I see you mad as fuck in your weird fucking outfit. I’m here for the same shit you’re here for, so it’s all good. Clearly, I’m not going nowhere, so just enjoy.” he told the audience member. “You keep fuckin’ with me, homie? Trained Jedi, bitch!”

Things did get briefly physical when MGK and fans came face-to-face in the photo pit, with the singer tussling and throwing a punch at someone before security quickly whisked him away, an incident that was similar to his VMAs dust-up with Conor McGregor a few weeks earlier:

Despite the unwelcome reception, Kelly still managed to deliver his typical festival-length set. The artist is next scheduled to perform — to a likely more hospitable crowd — Sunday at Dover, Delaware’s Firefly Festival.

Video footage has surfaced showing MGK trying to quell the crowd who is booing and flipping him off. MGK can be heard responding to a heckler saying “I see you dude, I see you mad as fuck in your weird fucking outfit. I’m here for the same shit you’re here for [the music], so it’s all good. Clearly, I’m not going nowhere, so just enjoy.” At this point, MGK pulls out a lightsaber. “You keep fuckin’ with me, homie? Trained Jedi, bitch!” Boos can be heard as MGK is talking. The person posting the video indicates that MGK was talking to her nephew who was donning Slipknot gear.

THATS MY NEPHEW YOU ARE YELLING AT. watch your tone @machinegunkelly & that “weird outfit” he is wearing IS FUCKING @slipknot pic.twitter.com/dr5bh8B73u

MGK then apparently tried to come up to the crowd to sing one of his songs, got pushed and then some chaos ensued:

Not sure what was better last night: Seeing Disturbed play a great set or watching the crowd boo the shit outta Machine Gun Kelly for an hour. What a wanker.

Omg mgk is getting boo'D between songs. He talked shit about Corey Taylor and this slipknot country…. It's tough out here. Love ya @machinegunkelly @slipknot

This crowd is at least 60/40 booing @machinegunkelly right now at #Louderthanlife – and the boos are growing louder.

Lmao mgk real funny dissing the king of metal and then try and perform at a metal/rock festival and think no one was going to diss or boo him ? nice try bud but no one wanted you there in the first place. And then you pissed everyone off a week before the festival

Hearing thousands of people boo mgk has been one of the highlights of my weekend. @machinegunkelly you suck lmao #Louderthanlife

Enjoying Louder Than Life but the crowd was ass to @machinegunkelly I'm not a fan but I wasn't going to boo the guy just because he didn't fit the festival or not being a rap fan. Maybe #MGK should have a talk to the mgt / promotion team about venues though ? #Louderthanlife

So @slipknot fans planned to disrupt Machine Gun Kelly's performance at LTL, got there early to be up front, then booed & shoved him, & Machine Gun Kelly gets all the blame for swinging at the guy who shoved him in the middle of singing a song? Make it make sense. 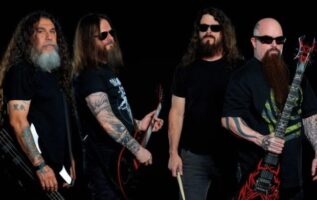 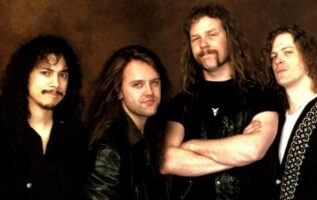