Nothing Else Matters is a power ballad by heavy metal band Metallica. The song reached #11 on the Billboard Mainstream Rock Tracks chart in 1992. This song also featured as a playable track on the game Guitar Hero: Metallica.

Figure skating may be a SPORT but this performance with the music, the camera work, the ambiance, the choreography, etc is ART in its best form. It was breathtaking and magical. It was like a dream that I didn’t want to wake up. Well done!
I can’t get enough of this video. Yes, starting with the camera man who embedded himself beautifully in this work of art, not just for filming them but for flowing as if dancing alongside the duo. But also this song brings me so much nostalgia and I never heard this version of it, which I like much better and then we see them moving perfectly to every beat of the song as if they were part of it and last but not least, who would have thought such a heavy metal song would blend so eloquently with such a majestic and classy dance? Is like my taste buds got a blunder of different tastes launching my being into a blast of amazing emotions! Bravo!!! I love ice skating, is so beautiful! Looks like they feel like they are flying on ice! 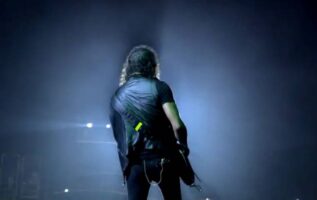 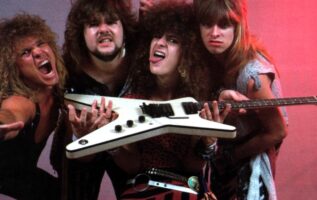