The first – and arguably most essential – Nirvana release following the death of Kurt Cobain, MTV Unplugged In New York debuted at No. 1 on the Billboard 200, went on to go quintuple-platinum in the U.S., and won a Grammy Award for Best Alternative Music Album in 1996.

Listen to MTV Unplugged In New York on Apple Music and Spotify.

The statistics speak for themselves, and the album has continued to receive accolades ever since its initial release, on November 1, 1994, with The Atlantic’s retrospective critique even referring to it as “one of the greatest live albums ever” in 2013. While this lofty praise is wholly justified, the story of Nirvana’s esteemed MTV Unplugged performance is that of a band snatching victory from the jaws of defeat.

“We’d seen other Unplugged shows and didn’t like them”

Initially, the Seattle grunge stars were in two minds over whether they should even accept their invitation to appear on MTV Unplugged, not least because they felt the program’s format simply wasn’t for them.

“We’d seen other Unplugged shows and didn’t like many of them,” drummer Dave Grohl later told Rolling Stone. “Most bands would treat them like rock shows – play their hits like it was Madison Square Garden – except with acoustic guitars!”

Kurt Cobain and his team also had reservations over how well their visceral rock’n’roll would translate in such a stripped-back, low-watt setting. However, the band began to warm to the idea when they recalled that one of their favorite albums – Screaming Trees’ frontman Mark Lanegan’s debut solo album, The Winding Sheet – made a virtue of a similarly intimate approach.

Nirvana finally acquiesced when MTV agreed to them bringing their In Utero touring partners, Arizona alt-rockers The Meat Puppets, along to appear as their special guests. But the anxiety didn’t end there. MTV was concerned about the lack of hit songs Nirvana proposed to play in their set, while Cobain – who was wracked with nerves and suffering from a recurring stomach complaint – appeared less than enamored during two days of tense, pre-show rehearsals at New York’s Sony Music Studios.

“There was no joking, no smiles, no fun coming from him,” MTV production manager Jeff Mason recalled in Charles R Cross’ biography, Heavier Than Heaven. “Therefore, everyone was more than a little concerned about the performance.”

However, all the tensions were swept away when Nirvana hit the MTV stage for real on November 18, 1993, filming a performance that would be broadcast a month later, on December 16. Cobain may have requested a funereal stage set decorated with stargazer lilies, black candles, and a crystal chandelier, but his performance was never less than life-affirming. 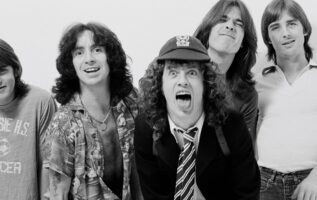 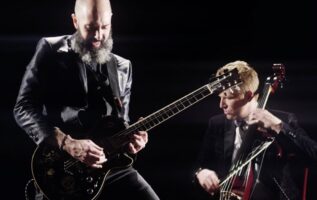