I love this but remember, it’s not the individual talent that makes bands click. It’s the sum of an unexplainable energy. Look at the Beatles, Paul is arguably the most talented musician ever but if he played all the instruments on every song it wouldn’t be the same. Sure Ringo isn’t technically amazing but he’s part of the formula that worked, a very big part of the sound.

This must have been a real treat for Trujillo. Playing with a guy who can actually play. Robert is so talented and he has to carry the rhythm with a guy that can’t even keep time. They should get a new drummer and Lars can manage.

“The Four Horsemen” was originally written by Dave Mustaine in his former band Panic entitled “The Mechanix”. The song was one of Metallica’s staples during their clubbing days, albeit with no melodic interlude and different lyrics. The original lyrics were roughly about a sexual encounter at a gas station. James Hetfield has gone on to say the lyrics were “silly”.

During March of 1983, Lars and James confronted Mustaine about adding a more melodic section. Mustaine claims the middle interlude was inspired by Lynyrd Skynyrd’s “Sweet Home Alabama”, though it wouldn’t be added until after his removal from the band. When the band fired Dave, James took it upon himself to rewrite the lyrics into something more dark. The result is the song we know today as “The Four Horsemen”. Referring the Biblical texts about Four Horsemen of the Apocalypse; Time, Famine, Pestilence and Death (though the real four horsemen are Conquest, War, Famine and Death) it details the end of the world.

The original song “The Mechanix” was later released with its original lyrics on Megadeth’s debut album Killing Is My Business… and Business Is Good as “Mechanix”, with a new intro and a much, much faster tempo. 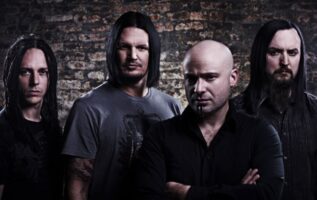 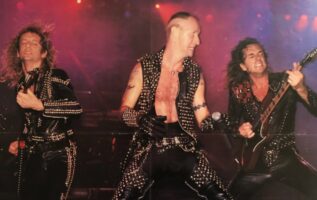