Ride the Lightning is the second (and title) track of Metallica’s second studio album, Ride the Lightning. The song was written by James Hetfield, Lars Ulrich, Cliff Burton, and Dave Mustaine. It is one of the last Metallica songs that Mustaine receives a writing credit for (along with “Call of Ktulu”), as he wrote the “spider chord” riff used in the song.

Keeping in the political themes of the first three tracks, the song deals with capital punishment and the flaws that come with it. The protagonist of the story depicted within the song is a man who is convicted for an unknown crime and is executed via electrocution.

In many interviews Hetfield stated that the song is not critical against the capital punishment, but that he wrote the lyrics trying to express the point of view of a person who deals with the electric chair.

Guilty as charged-
But damn it, it ain’t right-
There is someone else controlling me-
Death in the air-
Strapped in the electric chair-
This can’t be happening to me-
Who made you God to say-
“I’ll take your life from you!”-

Wait for the sign-
To flick the switch of death-
It’s the beginning of the end-
Sweat, chilling cold-
As I watch death unfold-
Consciousness my only friend-
My fingers grip with fear-
What am I doing here?-

Someone help me-
Oh please God help me-
They are trying to take it all away-
I don’t want to die-
Time moving slowly-
The minutes seem like hours-
The final curtain call I see-
How true is this?-
Just get it over with-
If this is true, just let it be-
Wakened by the horrid scream-
Freed from the frightening dream- 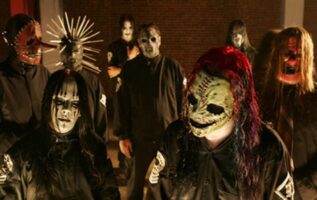