The album we got from Metallica in 1991 was a complete reaction to the album we got in 1988 from Metallica. In 1988, Metallica released their fourth studio album titled “…And Justice for All”, which featured some of the group’s longest running cuts, with only two tracks being under six minutes. As the band toured their 1988 studio album; the problems revolving around the track lengths started to develop. There’s a quote from lead guitarist Kirk Hammett, regarding not only the album itself; but the title track as well, where he stated: “Touring behind it, we realized that the general consensus was that the songs were too fucking long. One day after we played ‘Justice’ and got off the stage, one of us said, ‘we’re never fucking playing that song again.'” Metallica bravely wanted a change, and when rhythm guitarist and vocalist James Hetfield and drummer Lars Ulrich began arranging new material in the middle of 1990, they took that want very seriously as they focused on writing shorter, tighter, and more compact tracks that would end up making the 12 songs for “The Black Album”.

Which brings us to the song that made Metallica a house-hold name. Enter Sandman was the first song to be written for the album and strangely enough was the last song to have the lyrics written. Regarding the running order of the album, Hetfield and producer Bob Rock both wanted the track Holier than Thou to not only be the album’s first single; but to also be the track that opened up the album. From the album’s conception though, Ulrich always thought the demo that would end up becoming Enter Sandman was going to be the album’s opener and debated Hetfield and Rock on the subject. Enter Sandman was released as the album’s first single in July 1991 and ultimately opened the record. Metallica had worked hard during the previous decade with very limited radio airplay and video rotation; they owe much of their success in the 1980’s to their constant touring and respected live performances. When Metallica released Enter Sandman in 1991, radio and MTV would finally embrace the group and the song became a huge hit, even making the album the band’s first to be number one on the Billboard Charts.

Ultimately, the goal for Hetfield and Ulrich when arranging their new material was to create songs that had one or two solid riffs used for the duration of the tracks and Enter Sandman is the perfect example of this mission that Metallica had set out to accomplish. The song opens with one of the strongest build-ups in the history of music which also plays a significant role for Metallica. The material on previous Metallica albums, while being tight, was also very stiff. There is no denying this and even the band reflects on their older material with this respect. Opening with Hetfield’s clean guitar tone and Ulrich’s tom-tom heavy performance on the drums, the track soon heads into familiar territory, being that famous Hetfield chug. So we set ourselves up for more of that tightness and stiffness that we have grown accustomed to when listening to Metallica. The build-up is subjected to literally constructing the song for us with each band member kind of off in their own world. Complementing each other; but off in their own world. It isn’t until the first minute mark that the group finally come together and jam on Hammett’s main riff, the basis for the song. It was at this point one could realize we were in for something completely different. It’s almost as if Metallica were kicking our doors down and announcing to the world: “Here we are! Now bask in our groove and our loose vibes!” In one minute, Metallica had ingeniously completely changed their entire musical atmosphere; evolving from their stiff past and welcoming their future in loose grooves.

Overall, Enter Sandman runs for five and a half minutes and manages to retain the same groove throughout its full duration. It follows a very simple formula and the main body of the song is comprised of two iterations of a verse, a pre-chorus, and a chorus. The lyrics deal with a subject that Metallica at that point had yet to write about in their decade long career, nightmares. The second verse in particular sums up the subject quite well with Hetfield’s “Dreams of war, dreams of liars, dreams of dragon’s fire and of things that will bite.” After the second chorus, Metallica unleash Hammett for a very memorable lead-break which leads directly into the song’s breakdown. This section borrows heavily from the song’s opening; a major difference being Hetfield taking the opportunity to recite and put an evil twist on an old children’s nursery rhyme. He even goes as far as teaching a child his new evil take on the rhyme and having him repeat everything being said. We are then built back up into the song’s final chorus as the band begin to play the opening section; only this time in reverse. We had a build-up and now we have a build-down, which slowly fades out for the track’s final moments.

In conclusion, yes, the song One from “…And Justice for all” did receive a decent amount of airplay and video rotation; but it was Enter Sandman that really blew the doors open for Metallica. Metallica would continue to further their musical exploration in the 90’s, releasing two albums of original material titled Load (1996) and ReLoad (1997), a covers album which featured a few songs one would not expect to hear from Metallica, called Garage Inc. (1998) and a live album that saw Metallica collaborate with conductor Michael Kamen and the San Francisco orchestra called S&M (1999). The great thing about Metallica was that they were and still are constantly growing and evolving. They stayed pretty conservative in regards to heavy metal throughout the duration of the 80’s; keeping their evolution quite subtle. Once Enter Sandman was released in July 1991; the band knew there was no going back and kept looking to the future. In 1990, the group found themselves at a crossroad in their life. Judging from their peers in the metal community at the time; it is safe to say that they took a huge risk and ultimately, Metallica took the road that was less traveled by in their community. 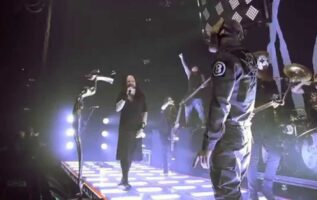 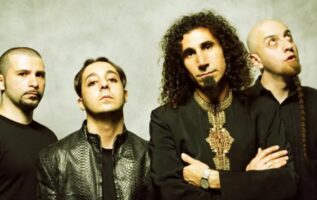