The Number Ones is a new column where I’ll review every single #1 single in the history of the Billboard Hot 100, starting with the chart’s beginning, in 1958, and working my way up into the present.

Our first banger! In 1957, a former Army serviceman and Major League Baseball prospect named Harold Lloyd Jenkins, originally from Mississippi, changed his name to Conway Twitty and started making rock ‘n’ roll, recording with Sam Phillips at Sun Studios in Memphis. While playing shows in Hamilton, Ontario, Twitty and drummer Jack Nance wrote “It’s Only Make Believe,” a heart-crushed ballad about wishing someone loved you as much as you love them. It started out as a B-side, but the B-side won. Twitty would go on to country-music legend status over the next few decades, but “It’s Only Make Believe,” which topped charts around the world, would always be his biggest hit.

“It’s Only Make Believe” manages to be both a rock ‘n’ roll song and a country one, but it’s also a grand and showstopping ballad, one that could’ve been a hit in the pre-rock era if it had a big-band backing. A lot of it comes down to Twitty’s voice, a husky twang with more than a little Elvis in it. Twitty sings it the way someone might sing a triumphant love-ballad, building up to a climactic howl on the chorus. But there’s nothing triumphant about the song.

Instead, it’s the cry of a man who’s breaking down and abandoning hope: “My only prayer will be / Someday you’ll care for me / But it’s ooooooon-ly make beliiiiiieve.” There’s self-pity in his voice, but there’s accusation, too. The arrangement, with its aaaah-aaaaah backing vocals and its R&B piano, leaves Twitty’s sentiment stark and bare.

“It’s Only Make Believe,” like a lot of other old #1 hits, ended up being covered again and again. Twitty himself recorded it a few times, including once as a duet with Loretta Lynn, and Glen Campbell had a top-10 pop hit with his own version in 1970. But in the case of “It’s Only Make Believe,” I don’t think it was nostalgia that kept people coming back to this song. I think people kept recording it because it’s a powerful expression of a deeply raw feeling. 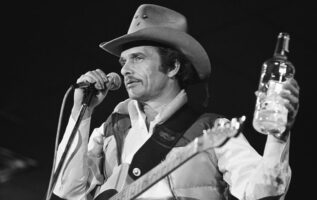 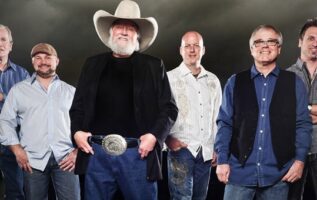